Without derogating from the generality of the above, and to the extent legally permitted, Beacon Bay Retail Park will not be liable for: 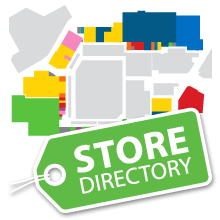